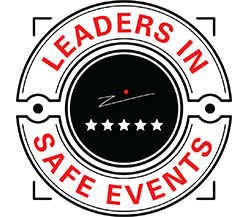 Entrepreneur has thrown more than 59,500 parties

Peter Eliopoulos and his wife, Anna, co-hosted the Venetian Ball in Toronto. Eliopoulos runs an entertainment business that makes $20 million a year and owns three banquet halls (at right).

Peter Eliopoulos has been in the entertainment business for 25 years. He owns three lavish banquet halls, has donated more than $700,000 to the Hospital for Sick Children and was co-host of the Venetian Ball in Toronto.

But, now, Eliopoulos is trying to think about what he loves about running bypeterandpauls.com, his one-stop event planning business that makes $20 million a year. You’ve really caught me off guard, says Eliopoulos during a telephone interview. I love everything the creativity, facing new challenges, new ideas; every day dealing with new people.

With more than 59,500 parties under his belt, 15 weddings a week and a church in Greece, Eliopoulos has been keeping busy. His wife, Anna, also works in the business, running Peter and Paul’s Gifts, Baskets and Promo.

It used to be hard at times, working together (with Anna) but the business grew and got bigger and she looked after gift baskets, says Eliopoulos.

However, it has not always been easy for him to get where he is today.

As a child, he says he was always throwing parties and learning how to run a business from his family (they owned a restaurant in Toronto). That’s where I belonged, says Eliopoulos.

Twenty-five years ago, you needed something to do and that’s what I needed.

In the late 1980s, Eliopoulos was invested in several ventures, including Paparazzi nightclub in Richmond Hill.

And then the recession hit hard in the 1990s. I basically lost everything and started all over again, says Eliopoulos, who admits it was difficult for his three daughters, Angela,

Nicole and Katherine. It was a learning experience I look at it as a good thing. Now I look at life with a different perspective.

Lately, life has been good to Eliopoulos, who is now based in Woodbridge. He and his wife own three successful event venues: Bellagio, Paramount and The Manor; and run a catering business, DJ services and a custom bridal accessories business.

Weddings have been on Eliopoulos’ mind lately. Six years ago, he went back to Greece and purchased land around a mountain and built a church on the top. I’m going to be creating a new way for people to get married, he says. It will be a throwback to the olden days, but unique; no limousines, but horse and buggy.
George Tsioutsioulas, director of communications of bypeterandpauls.com, says Eliopoulos has been planting thousands of trees on the mountain. It’s like his sandbox and he is king of his mountain, says Tsioutsioulas.